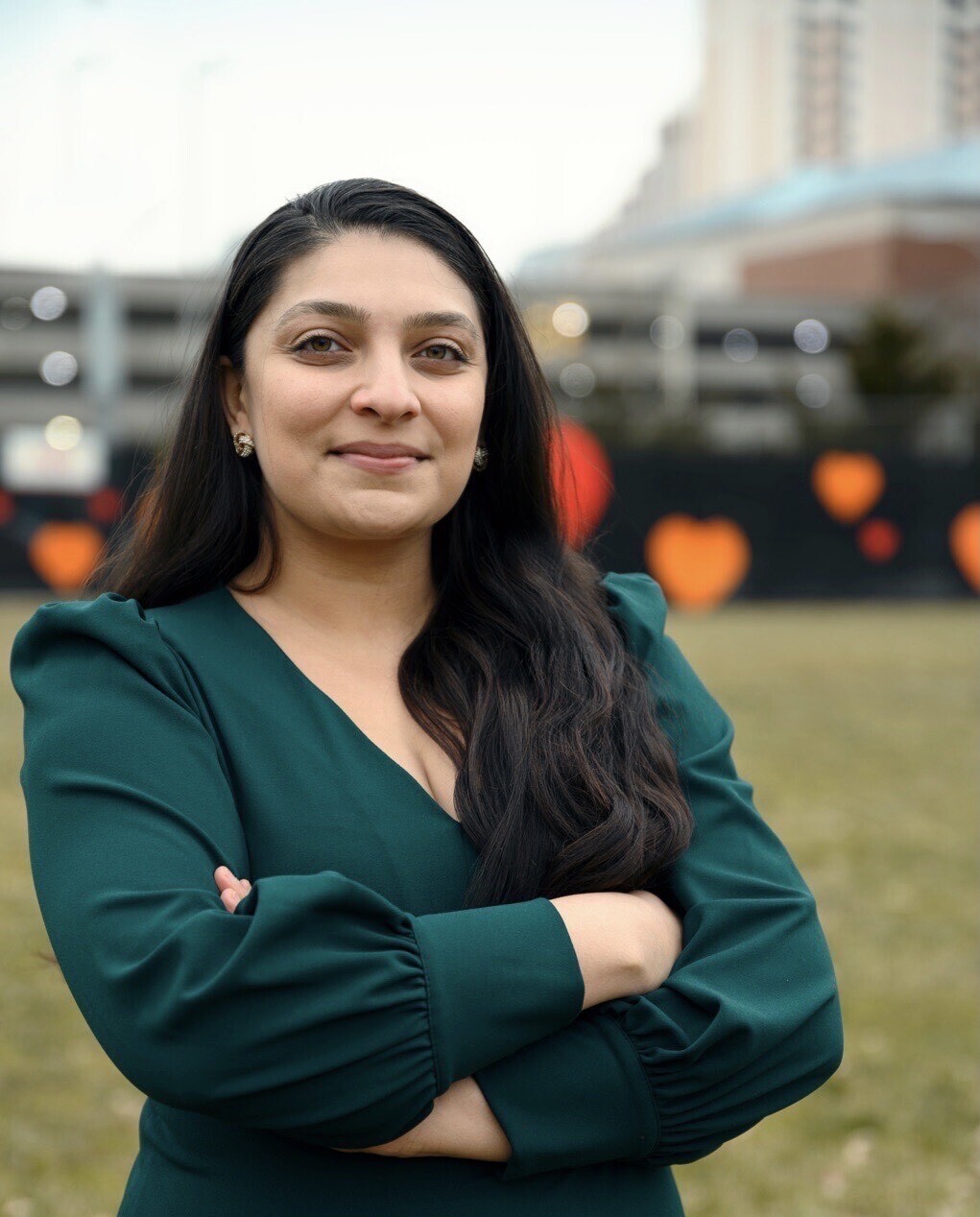 Why do you support the Green New Deal? How do you want to implement it in your home district?

I’ve always supported a bolder approach to the climate emergency, but I think what really changed things for me was when scientists released data and footage of entire Black and Brown neighborhoods diagnosed with pollution-related cancer, polar bears dying of starvation, coral reef disappearing, and orangutans fleeing burning forests. There are colossal ongoing implications of climate inaction, perhaps consequences we’ve yet to discover or understand, and we desperately need elected officials, organized labor, and a working class coalition of young people to take on the fossil fuel industry, which is one of the greatest existential threats to our existence.

As a teacher and young person who would one day like to have kids of my own, passage of the Green New Deal feels like a moral imperative to ensure future generations inherit a healthy, sustainable, and habitable planet. First and foremost, I want that for my students and the families in my district. Right now we have a high-ranking Delegate who openly takes fossil fuel money from Washington Gas and Appalachian Power, while these companies pollute and exploit Black and Indigenous frontline communities. We need an organizer in office with the leadership skills, moral compass and tactical plan to pass uncompromising climate legislation with the level of urgency we need to save our planet.

Why did you decide to run against Delegate Alfonso Lopez? Where do you see him lacking?

My decision to run was because I didn’t see anyone taking on health insurance companies and Big Pharma, luxury developers, corporations like Amazon and Dominion, and the prison industrial complex. My students have been facing the same economic struggles that I faced growing up in this country, and this step is a call to action to end that exploitation.

These systems are not the only thing we’re up against in the district. The unfortunate part is that we have a Delegate who takes money from the aforementioned systems, doesn’t engage voters and constituents all year round, and fails to turnout new voters, young voters, and voters of color to the polls in a big way. At a time when we have multiple crises of police violence, climate chaos, and economic exploitation, he’s coasting in a position of power. That’s unacceptable. Our district, especially small businesses and immigrant communities, has been devastated by lack of funding, healthcare, surveillance, and skyrocketing rent prices.

Every year, pro-corporate Democrats go uncontested in communities that are sold off to the highest bidder. We need to give people a REASON to come and vote. We need our community to know that their elected representative isn’t just there during campaign season, or during the General Assembly session, but every day of the year. Voting is simply a small step on the path to justice. Someone great once said, “change always takes place from the ground on up, never the top on down”. Our campaign has always been about returning that power back to people, and when we win, our commitment to Virginians in District 49 will be the way it should be: year-round.

As a teacher, you see the flaws of our education system up close. What are some flaws and how will you address them?

Many people invested in building an equitable school system question whether integration truly happened. If we consider the level of funding inequity, firing of Black and Brown teachers in droves, corporate-reforms that resulted in high-stakes racist standardized testing, police in schools, pushout and criminalization of Black kids, and a lunch debt crisis that leaves students hungry all day, then the question is was this system actually designed for all students to succeed? I’d say the answer is no.

The millions we spend to traumatize Black and Brown kids and funnel them into the school-to-prison pipeline are much better spent guaranteeing that they have the environment they need to thrive and be joyful when they come to school.

I believe that everyone deserves a home, and that housing is a fundamental human right. Not just shelter, not just temporary housing, not just a rental unit, but a home of our own. Our government has supported Big Banks, predatory lenders, civil forfeiture, and luxury developers to systematically remove possibilities of homeownership for Black, Brown, low-income, and working class people. I want to see more families able to buy a home where they want to live, not just where they can “afford” to live. I’ve spoken to hundreds of voters in my district that are approaching their 30s and 40s, living paycheck-to-paycheck, without any ability to save for a down payment on a home in the 49th district. It begs the question: who do our elected officials see as worthy of owning a home in our community?

We also don’t have a housing shortage in Virginia, but we do have a massive “housing trust fund” being used to subsidize luxury developers to build more skyscrapers that people can’t afford. 80% of that money goes to developers, and 20% is used to address evictions, unhoused people, and direct rent relief. So my vision for ensuring we truly end the atrocity of people living on the streets is pretty simple: we de-incentivize developers and house all of our people.

I want to see a program that directs 100% of its funds to Black and Brown working class families pursuing homeownership, an end to civil forfeitures, bank seizures, and predatory bail bonds, and a ban on evictions in general. To end the eviction crisis we have to protect vulnerable tenants, decommodify housing, ban subsidies and political donations for the real estate industry, enact right to counsel and right of refusal legislation, and build strong tenant unions.

Virginia has been voted the worst state for workers’ rights in past years. What measurable steps will you take to protect workers in Virginia and what does it look like?

The most tangible way to protect workers is to remove barriers to collective bargaining in the workplace. We need an immediate repeal of “Right-to-Work” laws that have divided workers, weakened unions, and consolidated power into the hands of wealthy CEOs.

As a preschool teacher in the process of unionizing my school, I was incredibly humbled to stand in solidarity with the Amazon workers in Bessemer, AL unionizing with RWDSU. Those workers are organizing for better working conditions and living wages, and when they win they will finally have a seat at the table to ensure their workplace rights are protected. I want that for workers everywhere. The right to unionize also ensures protection for women, LGBTQ, gender non-binary, disabled, and neurodivergent workers that face increased discrimination because of their identity. More measurable steps beyond repealing Right-to-Work (which my opponent voted against this year) include:

Virginia has a huge migrant community that does not just impact our economy but our culture, too. How will you ensure migrant workers in your district are protected from large corporations such as Amazon? Do you support releasing all detained migrants at the ICE and ICA detention centers in Virginia?

It’s shameful and unconsciouable that anyone can claim “illegality” on stolen land. Workers, no matter where they are from, deserve dignified lives in America. First and foremost, protecting workers from corporations like Amazon entails guaranteeing the right for workers to organize and form unions. Unions mean better working conditions, better wages, more accountability, and oversight on employer retaliation or participation with ICE agencies. Second, we need full taxation. Corporate taxation means more funding for taxpayer-funded programs that secure healthcare, housing, and education for all families, regardless of documentation. Corporations are currently functioning as “shadow governments” and investing their own capital into public programs of their choosing, which is a dangerous path for democracy to tread. We need corporations to leave governing to democratically elected officials, and stick to paying their fair share of taxes (retroactively)!

Yes, I support shutting down ICA-Farmville and Caroline Detention Facility, no new building of jails, and immediate release of all detained migrants in Virginia.

What steps (beyond legalizing marijuana) would you push for to end mass incarceration?

Our criminal punishment system isn’t “broken,” which is why reforms will only fortify an already ill-designed system meant for political, social, and economic control of Black people, and by extension people of color and poor people. We deserve a compassionate world that makes punishment, police and prisons obsolete. Some additional steps we can take to ending mass incarceration are ensuring a just transition for formerly incarcerated people (housing, healthcare, union jobs), reducing police budgets by 50%, eliminating cash bail and predatory bail bonds, abolishing police unions, ending life sentencing and solitary confinement, education on the history of policing and prisons in relation to slavery and labor movements, removing police from schools to invest in school healthcare clinics, and creating a new non-armed non-police VDOT agency for routine traffic stops so we can remove traffic stops from police purview.

For more ways to volunteer and get involved for Karishma Mehta's campaign, please check out her Linktree (https://linktr.ee/Karishma4VA). We have phone banking events every Thursday and Sunday and canvassing every weekend. An upcoming community event with Karishma is the Potluck and Music Jam on May 15th!