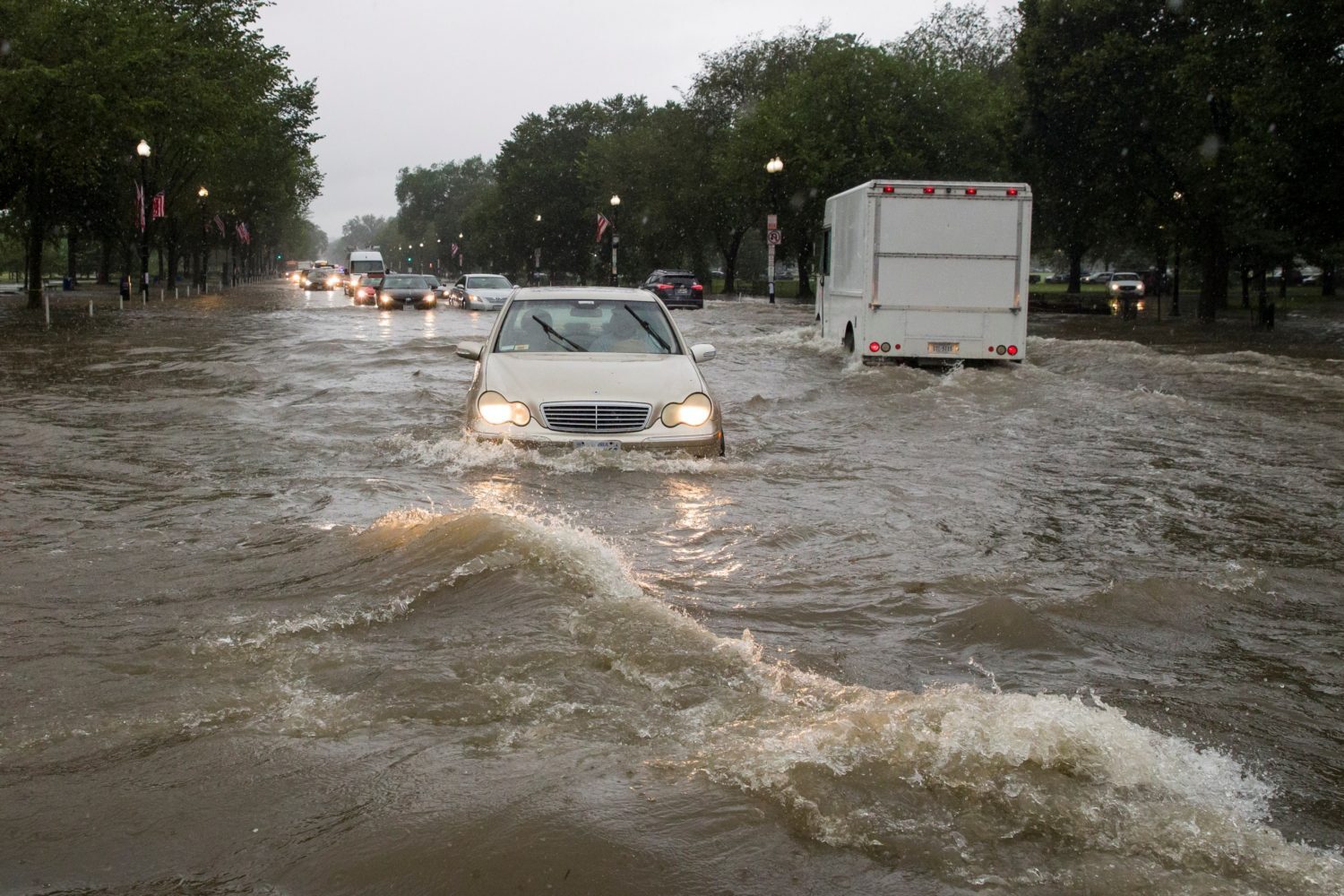 The IPCC Report’s ‘Red Alert’ on Climate Change: What it Means for the DMV

On August 9th the United Nations’ Intergovernmental Panel on Climate Change, or IPCC, released the most up-to-date analysis of the world’s leading climate science and research –– and it’s a wake-up call to all of us. If you’re reading this article on the Sunrise DC blog, you’re probably no stranger to climate change. But if you’re like me, you’re not a climate scientist and are more concerned with the report’s implications for our earth and communities. In this article, I break down what the IPCC’s report means for those of us who call the District and the DMV home.

A Brief Overview of the Current IPCC Report

The most recent IPCC report lays bare the absolute and unequivocal finding that human activity has contributed to the warming of our planet’s climate. The recent changes our climate systems have seen are unprecedented over a span of centuries to millennia, and weather extremes across the globe –– like heatwaves, droughts, and tropical cyclones –– have become more frequent.. The Report found that, unless large reductions in CO2 and other greenhouse gases occur in the coming decades, a global warming of 1.5 °C or 2 °C will be exceeded in the 21st century even under the most optimistic predictions. Under the likely-to-be-exceeded-this-century estimates of 1.5–2 °C, increases in extreme heat, heavy precipitation that causes more floods, and the likelihood of droughts across regions are expected. If we do not act soon, what lies beyond this range can mean foundational changes in climate and ecology across the world.

Temperature Changes in the DMV

With the necessary doom and gloom of what our spiral towards climate catastrophe might look like globally out of the way, let’s focus more on our neck of the woods. Fortunately for the DMV, the Eastern North America region is likely to receive the fewest drastic changes from climate change. Despite this, there likely will still be some unpleasant changes.

According to Climate Ready DC, annual average temperatures in the District have increased 2°F in the past 50 years, with average summer temperatures expected to range from 93 to 97°F by the 2080s, opposed to the historical average of 87°F.

You know the pleasant humidity that comes with building our capital in a swamp? It looks like humidity will likely increase as well for us swamp dwellers. DC’s most humid month is August, with an average of around 70% humidity, and at the future average temperature range of 93 to 97°F for summer, you can imagine that DC residents will be at an even more imminent risk of heat exhaustion and heat/sunstroke. At these high temperatures and humidity, sweating will  not help someone cool down and in fact will only dehydrate them, making the conditions even more dangerous. At these temperatures, the heat index at which DC’s Heat Emergency Plan is activated would become a regular occurrence.

Flooding in the District and Along the Potomac

Right now, DC does not frequently experience flooding from changes in the Potomac or Anacostia River levels. Most of what DC does currently experience is called “interior flooding”, where rainwater overwhelms the District’s stormwater and sewage system causing flooding where no body of water may be present. Part of DC’s Clean Rivers project is dedicated to preventing and mitigating interior flooding in the future, but currently there is little the District is doing to prevent future river flooding.

While areas of the US may become more drought-prone, the DMV area is likely to see large increases in precipitation, meaning historic river flooding will become more common. Even DC’s historic Tidal Basin, where the Jefferson Memorial and Cherry Blossom Festival call home, is likely to face future river flooding. Currently, the Basin has seen water incursions along its edges and into the delicate cherry blossom groves, threatening or making inaccessible the Cherry Blossom Festival. There have been several studies commissioned to envision an architectural revamp of the Tidal Basin to make it resilient to future river flooding, but none have been selected yet.

Furthermore, sea levels in the Mid-Atlantic (where we are) are rising faster than other areas –– 1.5 feet since 1900, compared to the global average of 8 inches. Sea level change can cascade affects upward towards rivers, potentially causing them to change course and flood anything along their new path.

Unfortunately, there is little any individual can do on their own to affect the outcomes and future of climate change. No matter how much we recycle and reduce our own carbon footprint, our actions are nothing more than a drop in the sea. What we need and what the world needs is a carbon neutral –– maybe even a carbon negative –– economy. We need electrification of transit, increased efficiency across various technologies, and implementation of cleaner energy sources, among a litany of other changes. While we individually won’t make a huge difference, when we come together through organizations and advocacy groups like the Sunrise Movement, we can make a change. Together we can stage civil disobedience to sway politicians stuck in the muck. Together we can elect candidates who represent the broad appeal that action on climate change has across all demographics. Together we can take a stand, make a change, and prevent the worst of climate catastrophes.