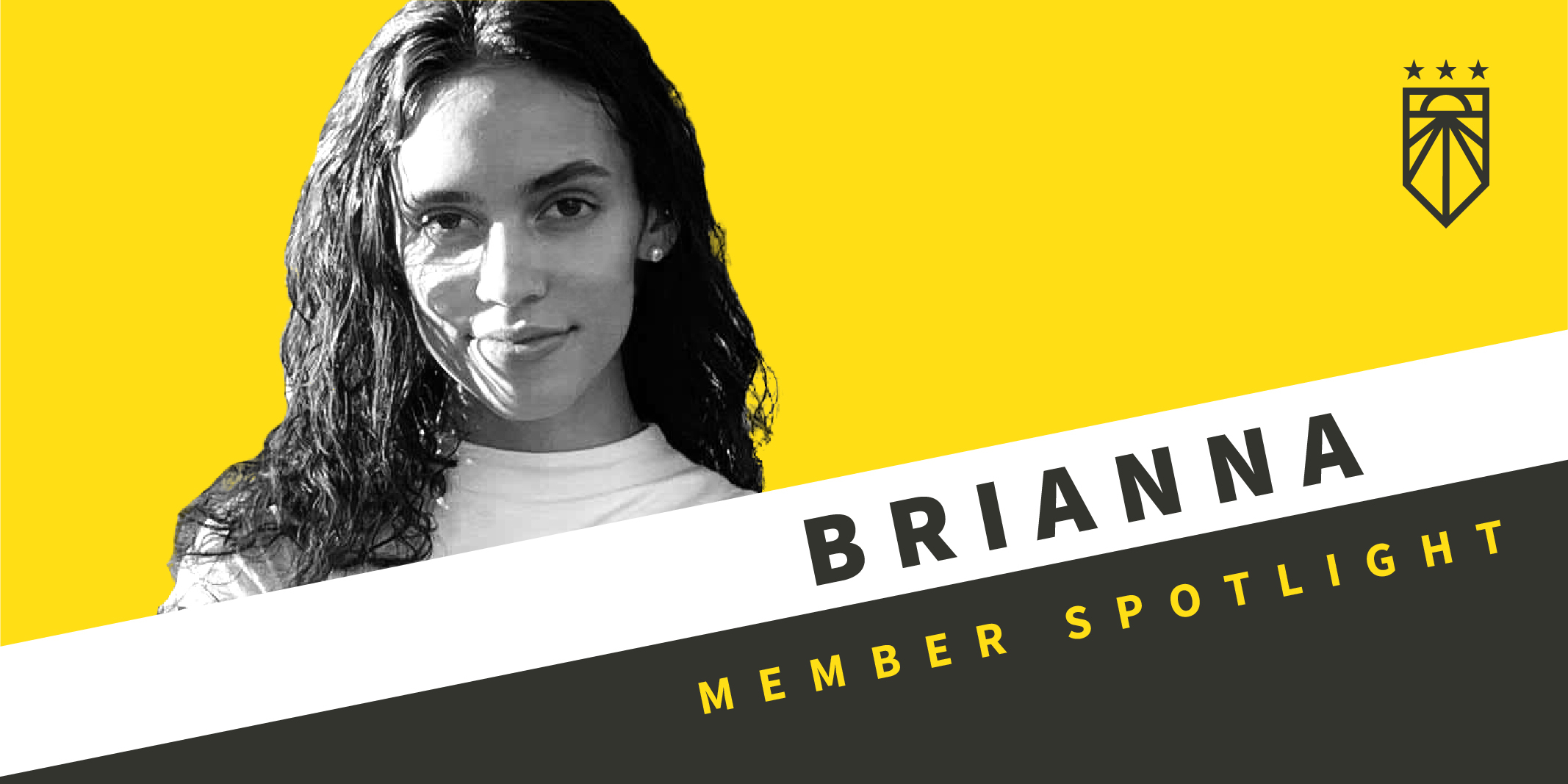 Welcome to Sunrise DC Spotlights! In this series, we’ll be highlighting some of the great people that make this movement work. When we asked the hub for nominations, one name came up again and again: Bri. Even as someone relatively new to the hub, I too had heard Bri’s name, seen her in slack, and wondered where she got the time to do all she does. When I spoke to her, it was clear that she embodies the spirit of true revolution. Bri isn’t interested in halfway measures or compromise; Bri demands justice and righteousness, and all she does works towards that goal. I hope you enjoy this conversation as much as I did!

Just to start can you tell me a little about your involvement in Sunrise DC and what you’re doing with the movement?

I’m a little bit of everywhere right now, I kind of just jump in wherever is needed and where people need support or need more help, I feel like I just fill in the roles. Technically my title is co-lead for alignments with Oscar, which has been awesome... But I feel like everything that we do is extremely important.

I didn’t realize that you had joined so recently! Was it easy for you to dive in?

I was very confused and I didn’t know anyone so I was a little nervous about starting, but I just figured, like okay, I just need to put myself out there. I feel like by doing that — by putting myself out there — people just saw me for me, for the work that I did. I feel like once you dive in and get started it’s a lot easier.

What kind of stuff do you do with Alignments?

Basically, we just reach out to people. We talk to any organization, anybody that needs anything, so we can collaborate and make sure everyone in DC is taken care of. There’s so many orgs in DC doing the same work and we just want to make sure we work together instead of making it more difficult.

What are you proudest of so far that you’ve worked on with the Hub?

This past weekend, we had Sunrise’s first mutual aid event and it went so well. We served over 80 people in the community and there were only four or five of us running the whole show. It was just insane to see the amount of support and how well we did. So I think that’s definitely something I’m proudest of because being able to go into the community is one of the main reasons I joined Sunrise in the first place, to build on community. Mutual aid is something anybody can do. I had not done anything with mutual aid before, so it’s just something that I learned about by actually doing it and experiencing it. You just get more comfortable with it each time that you do it.

I have heard about your new publication. I would love for you to just share a little bit about it!

Power Back to the People is a community news service, and it’s intended to do exactly what it says, so it’s giving power back to the people. It does that by raising consciousness through knowledge, self-care and transformative justice practices, radical thought, community, and love. So basically, it’s an abolitionist take on what’s really happening in the world. I try to make connections because a lot of the social justice issues that we see are really international issues, and I always like to tell people that liberation is a global struggle. It’s been doing really well! I’ve been passing it out at mutual aid events, and I feel like it’s a way to get people to look at things that are happening in a different light and see the connectedness of it all.

I got the idea from the Black Panthers’ newspaper, from the Young Lords’ newspaper, because they have a community news service that they gave out, and they actually used money from the newspaper to raise funds for a non-profit building, so they had like a community center where they had political education classes and social services, HIV and AIDS testing…that’s what I’m working towards eventually, but the paper is just the start of that.

What would activism look like in an ideal world?

Activism in an ideal world for me is one where we are uplifting Black and Indigenous and People of Color and their voices, and queer voices and women’s voices, because I feel a lot of the times marginalized people and those that have been oppressed don’t have that voice, and those are the people that have been doing the hard work that we’re all doing right now way before us, for generations. So, just making sure that we recognize that, giving credit where credit is due, and uplifting those voices.

And for me, it’s also taking initiative to be a revolutionary, taking initiative to change every way that you think, having these hard conversations and being in uncomfortable situations. It’s also white people showing up for Black people and brown people, above and beyond what should be expected. It’s also activism where we care about the earth and understand intersectionality…I have so many ideas for what activism could be, but I really think it’s just dedicating your entire life to things that you really care about and finding a way to make it happen. That’s what I’m seeing.

The follow up to that is, how can we get to that ideal version of activism? How do you see people like members of Sunrise DC, like members of this community and other groups, and people who don’t consider themselves activists, all getting to that place?

For one, we have to get everyone on the same page…Injustice anywhere is a threat to justice everywhere. If there’s one person that needs help, we need to help them. It’s a learning process. I don’t think anybody has the answers, any book. There’s nothing that has a set rule that we have to follow, so it’s a learning process. We just have to continue to talk to each other and have these conversations about abolition and things like that, and try to get people to be on the same wave. And from there we’ll be able to more easily mobilize and organize to get what we want.

A more lighthearted question: What’s on your bookshelf right now? What are you reading?

I haven’t finished it yet, but I’m actually reading A World History of Communism. It’s a very interesting take! I feel like a lot of the time Russia and USSR get a very bad rap. I’m not negating anything bad that anyone did, but it’s very interesting to see how communism happened all over Europe and Asia and different parts of the world, and how it failed and how it worked, what parts of it failed and what parts of it worked.

I would love to hear, as someone who is a leader in this movement, do you have any advice for folks looking to get involved in activism?

What really radicalized me I think was reading and learning and talking to different people, especially when I started traveling. I think learning and trying to educate yourself as best as you can is the best way to become an activist.

And then just the dedication. To be an activist you have to sacrifice a lot. It sucks, but it comes along with the gig. A lot of people, especially back in the day, during the civil rights movement, they sacrificed everything, their entire families. So whatever you do, fight for it hard. Be passionate about whatever you do.