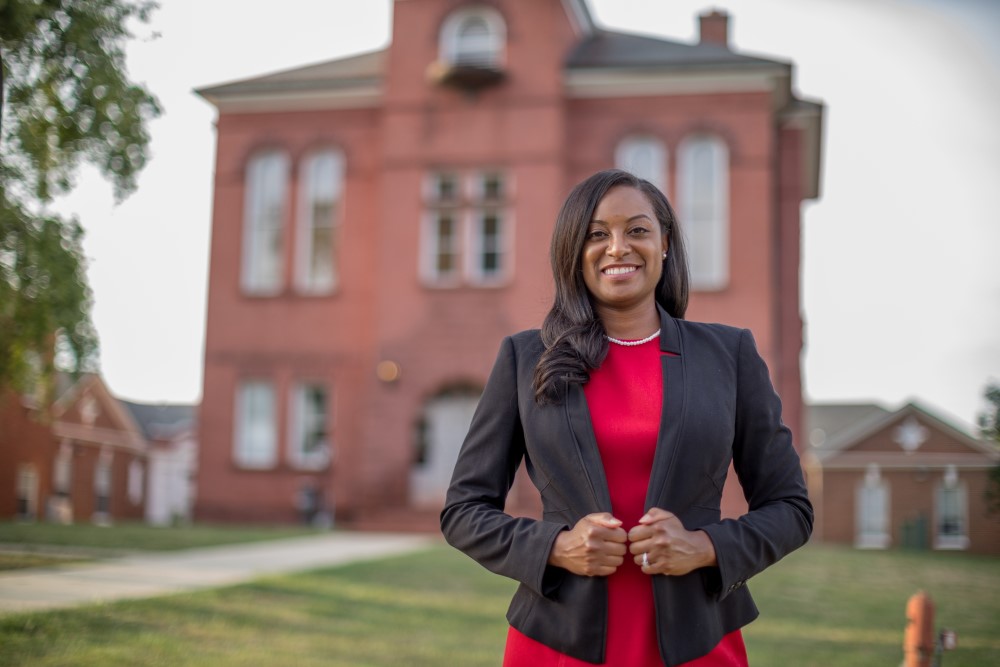 The Voice of Petersburg, Virginia: An Interview with Jennifer Carroll Foy

Right before she was endorsed by Sunrise Movement, I was given an incredible opportunity to interview Virginia’s gubernatorial candidate Jennifer Carroll Foy on behalf of Sunrise DC. It would be selling the moment short to simply call this opportunity “an honor” because it was so much more. It’s not lost on me that this dialogue with Jennifer also takes place on the backdrop of Women’s History Month, a celebratory month that often overlooks the narratives of Black women, so it was important to me to approach this space accordingly. The Petersburg native brings an impenetrable resume of accolades, including being the first public defender to serve in the Virginia House of Delegates. If there’s one thing that’s clear from our conversation and her overall candidacy, it’s this: To all the women that have been told no, to all the women that have been told to shrink to fit the space, when you should expand—you have a champion in Jennifer. A leader that "says yes to the people of Virginia," the next governor of the state for lovers.

Sunrise is very familiar with you as a gubernatorial candidate, but if you could reintroduce yourself to the world. Who is Jennifer Carroll Foy?

I am an activist, daughter of Petersburg, mom to twin three-year-old boys, wife, one of the first women to graduate from Virginia Military Institute, and I am running to be Virginia’s next Governor to shake up the broken status quo. As a former foster mom, public defender, and member of the House of Delegates, I have fought for those who cannot fight for themselves my whole life. During my time in the legislature, I led the way on the Equal Rights Amendment, was a proud part of the successful fight to expand Medicaid to more than 500,000 Virginians, and stood up to Dominion Energy to clean up toxic coal ash ponds across Virginia. As Governor, I’ll keep fighting to ensure that every working family has an opportunity to thrive in our Commonwealth.

Petersburg is ground zero for you. What do you want the world to know about your home city? Also, how, if at all, does the Petersburg community influence your politics?

Petersburg creates fighters and resilient people. We faced many challenges––Petersburg has one of the highest child poverty rates and rates of unaccredited schools in all of Virginia. But I was raised with a lot of love and support. I was raised by my grandmother, Mary Lee, a Southern Christian woman who had me in church multiple days a week, and who I saw every day contributing to our community––from working at Central State Mental Health Hospital, to opening our home to church members struggling to get back on their feet. It was my grandmother who taught me the value that I hold true: “If you have it, you have to give it,” even if you don’t have much. What she meant was if you have a warm home, you open your door. If you have strength and compassion, you lend it. If you have been blessed, then be a blessing to others. That’s been my guiding principle since I was a little girl. It’s guided me in every aspect of my life and career, and it will be my north star as Governor.

Being a Black woman in America is revolutionary in itself. The significance of a Black woman potentially being Virginia’s next governor can’t be overstated. How will your experiences add to your governorship?

I represent a community that has historically been left behind and forgotten. When jobs left Petersburg, poverty crept in and now it has one of the highest poverty rates in Virginia. Every time I create policies and push them forward it’s through the lens of trying to help as many people as possible, especially those who historically have been left behind. Whether it’s rural communities, working people, people of color, and other marginalized communities, as Governor I will be sure that every piece of legislation helps to uplift as many Virginians as possible.

What are some of your biggest accomplishments as a state delegate?

There are so many I’m proud of! From fighting for criminal justice reform to expanding broadband access for rural communities, I spent my time as Delegate passing legislation to ensure a more equitable Virginia.

But what I am proudest of is leading the fight to work with Governor Northam to expand Medicaid to cover more than 500,000 Virginians. It has meant that so many of our most vulnerable Virginians––those who are underpaid, veterans, people battling addictions, people with disabilities, etc.––have a fighting chance. It was an honor to work with Governor Northam, who succeeded in his effort to expand Medicaid with bipartisan support even when others failed, because I remember what it was like after my grandmother suffered a stroke, to sit at the kitchen table with my aunt and face the impossible choice of whether we were going to pay for the medication keeping my grandmother alive, or for the mortgage on the house providing a roof over our head.

No Virginian should have to face a choice like that, because healthcare should be a right, not a privilege. I’m proud to have played a role in expanding healthcare to so many Virginians. I have a plan to bring affordable, quality healthcare to even more Virginians. I’ll bring down the cost of prescription drugs, work to reduce the Black maternal mortality rate, and fund mobile health clinics so underserved communities can get care faster.

Should you win the race, what are some of the major issues you hope you tackle as governor?

All of my life, people have been telling me ‘no.’ No, I wouldn’t make it. No, women shouldn’t attend Virginia Military Institute. No, I couldn’t flip a seat from red to blue while pregnant with twins. But I proved them wrong each time.

Too many Virginians are being told no, too. No to affordable healthcare. No to criminal justice reform. No to a clean and safe environment. No to getting big money out of our politics. No, they won’t make it.

But no is not serving us. It’s time for us to have a leader who says yes to the people of Virginia. I will never back down from doing what’s right for the people of Virginia, and I will never take no for an answer. As Governor, I’ll be laser focused on tackling the pandemic and addressing the impact it will likely have on our Commonwealth for years to come. I’ll bring diverse, high-paying jobs to every corner of the Commonwealth as we build a post-COVID economy. I’ll bring down the cost of healthcare and ensure every student has access to the first-class education they deserve. I will work everyday to ensure that we build a Virginia where no one is left behind and one where we all have an opportunity to thrive.

How do you unwind from the campaign trial?

It’s rare to have time off from the campaign trail, but when I’m not working on sharing my message with Virginians, I’m spending time with my husband Jeff and my two boys Xander and Alex, or taking a nice long bath to unwind.

What’s on your playlist these days?

It depends on my mood, but I love listening to artists from Jill Scott to Marvin Gaye and Drake to, of course, Beyoncé who just made history with her 28th Grammy!